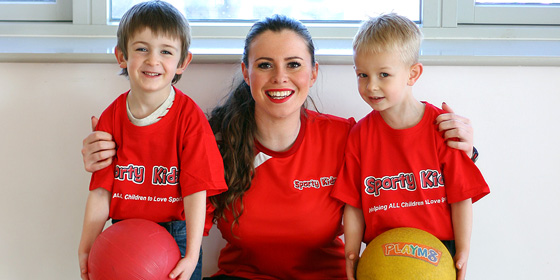 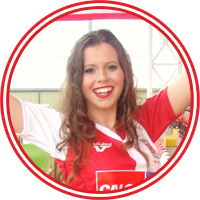 To succeed in sport I believe you must have a positive experience when you start. This shapes our character and helps us choose our path for the future. Therefore it’s very important to have high quality coaching at a young age.

A coach can be the first non-parental figure who is a youngster's hero. People who coach year after year don't affect just a few kids; they can be influencing thousands at a very early age.

That’s why we make sure all our coaches are Super Heroes.


I am very passionate about Sport

Since I was born I was taken to watch my local team Woking FC play, I watched them win at Wembley 3 times in the 1990s and I still am a proud fan and follow them every week. 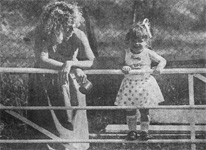 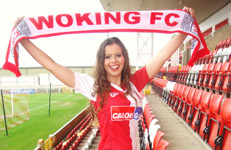 Aged 5 I started swimming for Woking Swimming Club and doing Ballet, Tap and Modern classes. As I got older I started playing Football, TAG Rugby, Rounders and Netball for my school teams and then aged 13 started playing Ice Hockey at Bracknell.

Variety is the key to life!

Age 16 I started my coaching career when my school Winston Churchill School, a specialist sports college, noted I had a talent and so they paid for me to do my FA Coaching badges. I soon repaid the favour by coaching their U13s girls football team, winning the Surrey county cup and taking them to the national 5-a-side finals and 11-a-side quarter finals. 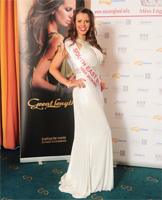 In 2011 I won Miss South East Beauty, and competed in the Miss England Beauty Pageant, to promote a positive image of ‘Sporty Girls’. My interview with the judges explaining my passion for sports and coaching, and my talent round video of me playing Ice Hockey was awarded the highest marks out of all 55 contestants.

The interest in this led me to feature in the popular FOUR FOUR TWO magazine sold in 23 countries and appeared on Soccer AM in August 2011, Saturday morning's biggest football show with over 1 million viewers.

I don’t just love football, I have a passion for all sport and was lucky enough to watch Andy Murray win at Wimbledon in 2013, another highlight as a sports fan.

It is those positive experiences as a child which have led me to love sport today, and me and my team at Sporty Kidz understand the importance of this. We all have a LOVE of Sport and our enthusiasm shines through.

I hope to get as many people involved in sport, either playing, watching or coaching.

Ellie was recently interviewed by the International Female Coaching Network as a recognition of her success in helping thousands of children to LOVE sport over the last decade.